The game is set in a distinctive WWII zombie environment for a diverse crew of soldiers, each with their unique abilities, whose mission is to unravel the secrets of a Nazi experiment on a lush, remote island. Players will discover covert schemes related and unrelated to "Projekt Z" – a plan formulated by the Nazis to turn zombies into weapons to shift the war in their favor.

“Projekt Z is a stepping-stone on the roadmap of building new strong IPs within the video games industry for Zordix. We are devoted to our long-term plan of diversifying our revenue funnel by strategically publishing our own IPs in collaborations like this with Studio 314 Arts, a mix of deep game development involvement, and launch support,” says Christina Seelye, CEO of Zordix.

About 314 Arts
314 Arts is a growing indie development team based in Coesfeld, Germany. Specializing in first-person shooters, the studio's mission is to deliver exceptional gaming experiences through AAA visuals and carefully crafted and engaging gameplay. Their talented team of gaming enthusiasts also assists other studios with development tools through freelancing services.
Learn more about 314 Arts by visiting https://www.314-arts.com. 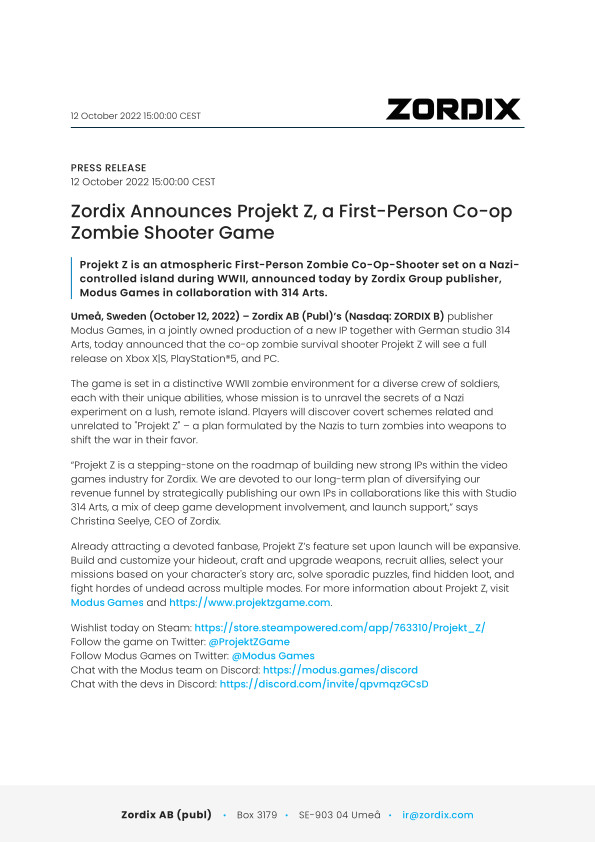 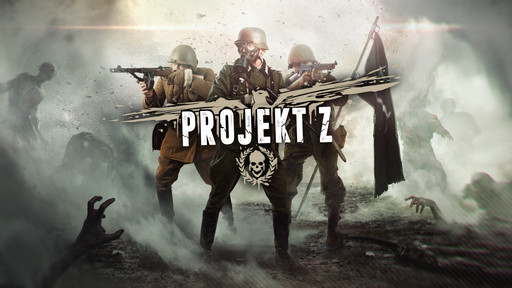