Umeå, Sweden (Dec. 16, 2022) – Zordix AB (Publ) (Nasdaq: ZORDIX B) today announced together with Modus Games, that God of Rock will open its world tour on April 18, 2023. The rhythmic fighting game will be available on PC and consoles. Attendees of this weekend’s Holiday Matsuri event can try out a new playable demo.

News of the game’s release date was accompanied by a brand-new God of Rock’s overview trailer to showcase the unique blend of fighting and rhythmic gameplay.

“We spent the past year building an integrated global entertainment company with a solid pipeline of our own-IP titles. We are excited about April 18th release and to show the fun and original gameplay of God of Rock to the participants at Holiday Matsuri, this weekend. This game is one of the first on our roadmap of significant releases to come,” says Christina Seelye, CEO of Zordix.

Face off against your opponents as one of the universe’s greatest talents, and with the power of your righteous beats, blast them into orbit. You and your enemy will engage in a match just like in any other fighting game, but the actual battle will be driven by rhythm game mechanics. As battles continue and health bars wear down, the beat will pick up. Keep up with the music, or your attacks will miss their mark. In these fights, the one who loses their groove first will be the one to fall. 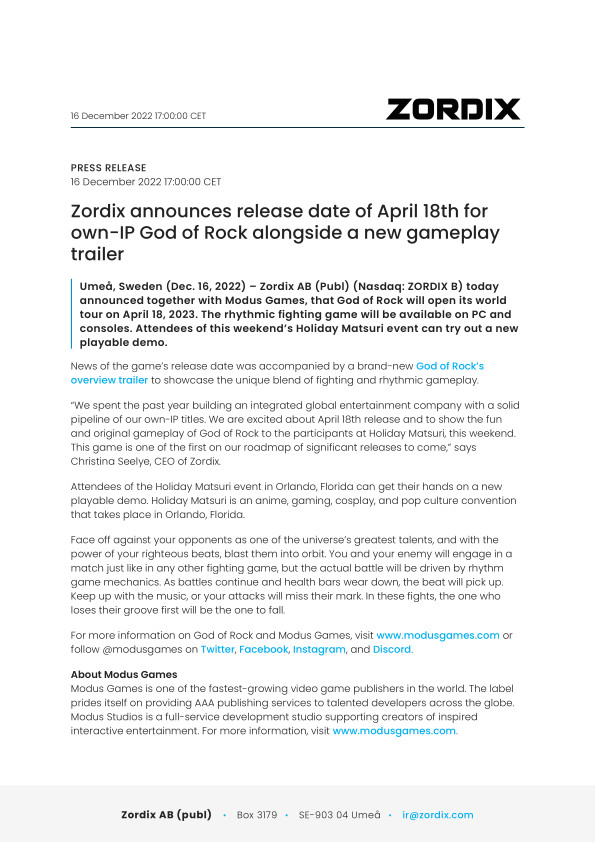 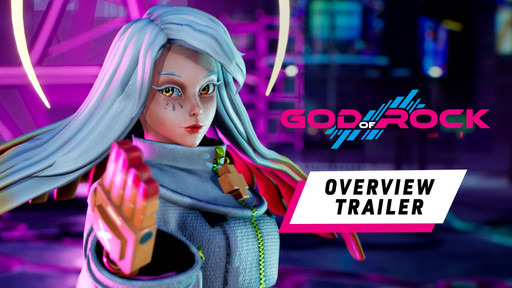