The globally popular game, Super Animal Royale, a free-to-play top-down multiplayer battle royale for up to 64 players, got its sixth season today. Throughout the success, over eight million players have now got access to a new adventurous and battle-filled season.

“Live service gaming is a targeted growth area for Zordix as it generates a consistent revenue base and allows us to actively connect with our community. Since Early Access, we've seen a 78% increase in ARPPU, displaying higher spending levels per player as we create new ways for them to play and engage in every new season,” says Christina Seelye, CEO of Zordix.

Super Animal Royale Season 6 is packed with new characters, which can parachute into the ruins of an ill-fated safari park and battle to the death. A new netcode has been implemented to create a more consistent player experience. The new Season 6 Super Animal Royale trailer is now available.

For the latest details on Modus Games’ full lineup, visit its official site or chat with the team in their Discord server.

About Pixile Studios
Pixile was founded in 2011 to create online multiplayer games that are accessible enough for new players to enjoy right away, but deep enough to keep them coming back for more. The fourteen-member remote team, spread across North America, Europe, and Asia, is united by their love of games, absurd humor, and animals. Despite its focus on multiplayer games, the studio is committed to rich storytelling and intricate world building, both in-game and across other mediums, like their animated YouTube series Super Animal Royale Tonight. Visit pixilestudios.com for more information. 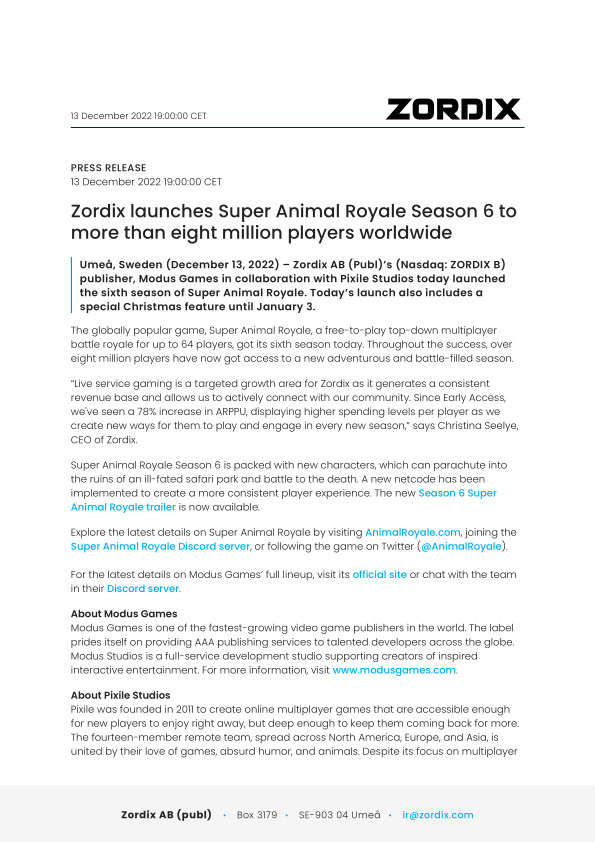 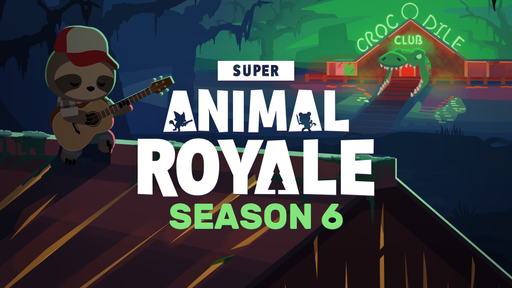