Umeå, Sweden (Sept. 27, 2022) – Zordix AB (Publ)’s (Nasdaq: ZORDIX B) Modus Games in collaboration with Pixile Studios today announced that Super Peacocks have joined the fight in the hit battle royale’s Season 5. Watch today’s trailer to see all the fresh, feathery additions, which include new and updated features, a brand-new point of interest, and much more: https://youtu.be/q6G_bntIH8k

Super Animal Royale is a free-to-play top-down multiplayer battle royale for up to 64 players. More than 8 million players of the game can enjoy season 5 by selecting their favourite Super Animal from a menu of foxes, pandas, kitty cats and other bloodthirsty beasts before the match begins. Then, players parachute into the ruins of an ill-fated safari park and battle to the death, in a lethal barrage of bullets, explosives and hamster balls.

For the latest details on Modus Games’ full lineup, visit its official site or chat with the team in their Discord server at https://modus.games/discord. 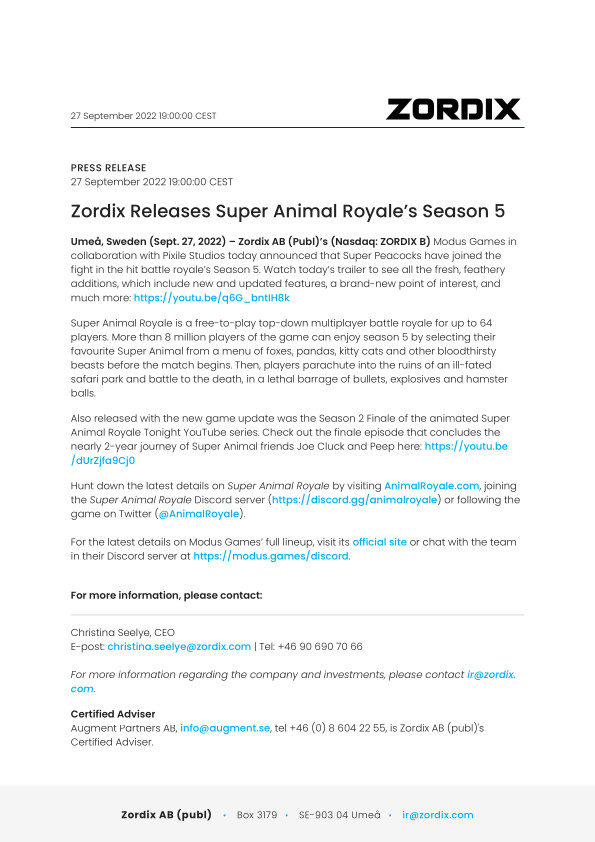 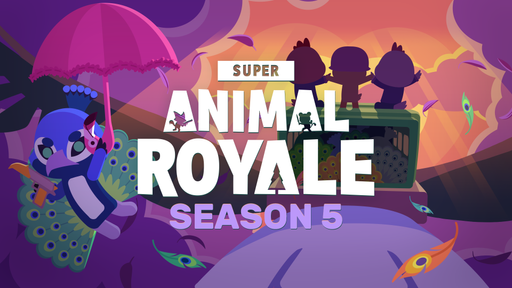